Kids and Teeth from Babyhood to University

Kids and Teeth from Babyhood to University 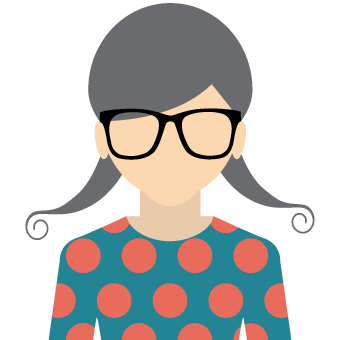 Hi! Welcome to my blog. My name is Kristina, and I want to help other parents learn as much as possible about their kids' teeth. In this blog, I have included posts on everything from how to take care of baby teeth and gums to how to encourage your kids to take care of their teeth while they are at uni. As a mum of four, I have experienced it all. From cavities to braces to toothaches and everything in between. I hope you can learn from my experiences and that you enjoy the information I am including in this blog. Thanks for reading!

It's that time of the year again, a time in which sweet and sticky treats are devoured by people of all ages. Christmas is a festive time for friends and family to get together and partake of all the goodness that this holiday has to offer.

Unfortunately, this is also a time of year when children are exposed to an abundance of sugary treats, such as lollipops, chewy candies, cakes and all manner of sweetened beverages.

With statistics already showing that Australians consume, on average, 60 grams of sugar per day, which is equivalent to 14 teaspoons of white sugar, perhaps it is time to swap some of those sugary treats for something a little less damaging.

The Process: How Sugar Damages Teeth

It isn't the sugar itself that causes tooth decay; it's the bacteria in your mouth that feast on the sugar. According to research, the average human mouth contains up to 20 billion microbes.

Whenever a child consumes a sugary treat or beverage, they are essentially feeding those microbes. As they feed, those microbes metabolize the sugar, and leave behind an acidic residue, which eats into tooth enamel.

The microbes themselves don't do the damage—that's the acid—but once a cavity (hole in the tooth) has formed, those microbes will enter the tooth and multiply, infecting the tooth.

Sugary treats come in many forms, but some are much worse than others.

Sticky Treats:  Sticky candies like toffee, fudge and most types of cake are a bacteria colony's best friend. This is because saliva, which is responsible for washing away food debris, struggles to do its job when sugar is stuck to teeth. While glued to a tooth, bacteria will feast, producing massive amounts of acid.

Pop: Pop leaves sugary residue behind too, and it is also acidic, with some pops with a pH as low as 2.5. Anything below 5.5 means acid damage.

Lollipops: Lollipops are one of the worst cavity-causers because they remain in the mouth for so long.

Why Easter, Halloween and Christmas are the Worst Times

These three holidays are the worst by far simply because children consume candy more regularly than they would at any other time. It takes your mouth from 30 minutes to 2 hours to neutralize acid and clean away debris after a sugary treat. However, on these holidays, when sugar is consumed constantly, there is no time for your children's mouths to recover.

How to Save Your Kid's Teeth this Christmas

By being more diligent, not just at Christmas, but at all times, you can ensure that your children's teeth don't become feasting grounds for ravenous bacteria. You don't have to cut out treats altogether. But do cut out the extra sticky treats, and limit fizzy drinks too. Set aside certain times of the day for sweet consumption. Don't allow your kids to snack constantly on sugary treats. And ensure that they stay well-hydrated and brush their teeth (gently) 30 minutes after consuming sugary treats.

Once Christmas is over, and the New Year has passed, book an appointment with your family dentist—just in case.